Andrew Kossover, the head of the Ulster County Public Defender's Office, will speak about the local implications of stop-and-frisk.

E. Patrick Johnson will be coming to Vassar on Wednesday to perform his play "Pouring Tea: Black Gay Men of the South Tell Their Tales." (The play was originally scheduled for October 30, but had to be rescheduled because of Hurricane Sandy.)  It will be held in the same auditorium where we screened "Hip Hop Is Bigger Than the Occupation": Spitzer Auditorium in Sander's Classroom. 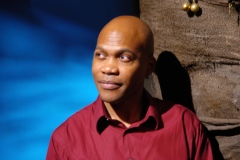 E. Patrick Johnson is an award-winning author and performer. "Pouring Tea" is his one-man show based on his interviews with gay African American men who have lived in the South for most or all of their lives. The characters range in age from 19 to 93 and hail from 15 different states.  They are lawyers, corporate executives, hairdressers, ministers, artists, etc.  It's a very exciting show, and it's absolutely FREE.  There will also be an opportunity to ask him questions after the show; he'll also be signing copies of his book "Sweet Tea," on which the show is based. For more information about him, I'll attach an article from the Vassar paper. If you think that others might be interested in this unique event, please feel free to pass it on.  The event is co-sponsored by the Sadie Peterson Delaney African Roots Library.