Free and open to the public.

The public is also invited to greet the paddlers as they land at Ulster Landing at about 4:30 pm on July 31 and when they depart the following morning about 9:30 am.

Jury: 'Not Guilty'; Protesters: 'No Justice, No Peace!' 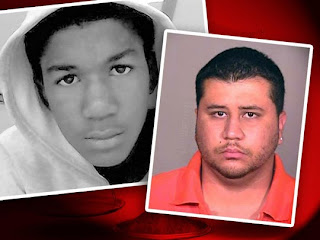 Jury: 'Not Guilty'; Protesters: 'No Justice, No Peace!'

George Zimmerman was set free Saturday night after a Florida jury acquitted the vigilante of murdering Trayvon Martin, the unarmed teenager out buying candy, after he racially profiled, stalked, confronted and shot the boy within his gated housing development in February of 2012.

When the verdict was read, Zimmerman smiled.

The jury was made up of six women—five white and one Hispanic.

Trayvon Martin's family was not in the courtroom. In the moments after the verdict, Tracy Martin, the father of Trayvon Martin, tweeted: "God blessed Me & Sybrina with Tray and even in his death I know my baby proud of the FIGHT we along with all of you put up for him GOD BLESS."

Outside the courthouse, hundreds of protesters began pumping their fists in the air and chanting “No justice, no peace!”

Protests spread to cities and towns across the US, as demonstrators poured into the streets Saturday night after the verdict, with many staying through the early hours of the morning and continuing their rallies Sunday.

From Washington DC to San Francisco to Atlanta, demonstrators railed against an outcome that they say shows that black lives are devalued and 'the whole system is racist.'

Just outside of the Sacramento city hall, dozens of protesters chanted in the moments after the verdict: “What do we want? Justice. When do we we want it? Now. For who? Trayvon.”

Communities across the US are calling for the outcome of the Zimmerman trial to reignite mass movements for racial justice, and organizers have declared days of nation-wide peaceful protest Sunday and Monday.

Judith Brown Dianis of the Huffington Post urged those deeply saddened by the trial's outcome to transform their grief into grassroots organizing:

The killing of Trayvon Martin is a clarion call for our nation to finally grapple with the issue of racial injustice and the continued victimization of young black men. The response of millions to the injustice of failing to arrest and try Trayvon's killer is a testament to the power and effectiveness of grassroots movements. The movement must not stop with this verdict but continue on until each and every young man of color in America can walk the streets in any of our nation's neighborhoods unafraid, knowing not only that he is safe, but that his country walks beside him.