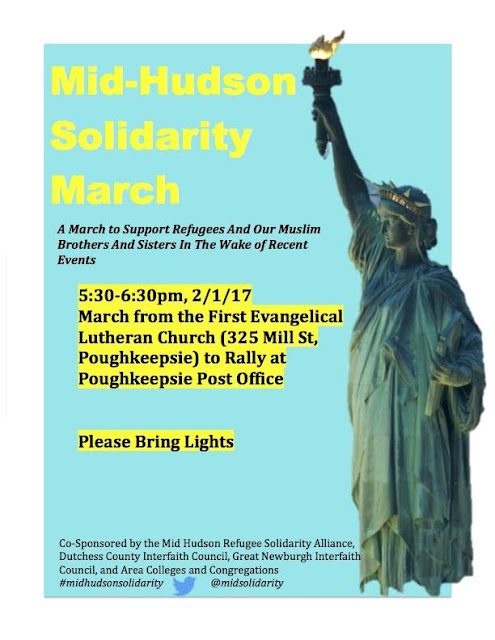 by Paul Donnelly, Valley Views Published 11:22 a.m. ET Jan. 18, 2017 | Updated 11:26 a.m. ET Jan. 18, 2017
In 1972, the United States had 300,000 citizens in jail. Today, that figure has swollen to 2.3 million. The United States has the highest rate of incarceration in the world - higher than the regime and the .  In fact, one out of every four people behind bars in the world is in America. However, violent crime rates are at an historic low level and our nation's politicians and reformers are beginning to push for criminal justice reform.


Even some prominent Republican governors expressed their beliefs that an overreliance on imprisoning people violates American values and contradicts the belief that we are endowed by our creator with inalienable rights.  Jailing millions places an enormous burden on our communities and taxpayers.  Former Texas governor , concerned with rising taxes and the growth of state bureaucracy, initiated diversionary measures (also called Alternatives to Incarceration or ATIs) like community supervision that saved his state billions and led to the closing of prisons. Other governors, including Ohio's  and Georgia's , have now implemented similar reforms.


However, while the nation's lawmakers were setting the example regarding criminal justice reform,  headed in the opposite direction. Last spring, the County Legislature voted to spend $274 million (including interest) to expand the county jail to accommodate up to 569 inmates, more than double the existing beds, and build a new sheriff's complex. That's nearly $500,000 per inmate. It's undeniable that improvements are needed, however, this is an enormous investment - the largest capital expense ever undertaken by the County - and taxpayer dollars could be used far more wisely.


Yes, the county jail is overcrowded, but this is caused by the lengthy average stay for detainees, not outdated features. The average stay-time for prisoners is 56 days, almost triple the national average. Therefore, the county should focus on reducing the number of detainees, and pursue solutions like centralized arraignment, a bond fund, and investing in youth programs committed to keeping students out of trouble.


Under the current system, defendants charged with a misdemeanor may not have speedy arraignments during nights, weekends, and holidays. They are often required to travel across the county to find the nearest available justice which is time consuming. But last month, Governor Cuomo signed a bill that allows centralized arraignment.  The new legislation expands off-hours arraignments and also provides that defendants be represented by counsel at arraignment. If  Dutchess County Executive Marc Molinaro and the county Legislature institute appropriate service and systems, there could be a significant reduction in the number of individuals in jail awaiting arraignment, which can take up to a week.


Dutchess County should also set up a bail fund. The county can model preexisting programs in our state such as the Bronx Freedom Fund, the Brooklyn Community Bail Fund, and the Long Island Bail Fund. The idea of cash bail is an antiquated system that has wrought hardship throughout the country. When bail is set for a couple thousand dollars, it's clear that a person is not a dangerous threat.  A bail fund for low-level offenders would help poor detainees stuck in jail awaiting trial solely because they don't have the means to post bond.


The county should re-prioritize its budget and reinstate programs to help young people stay in school and out of jail. In a recent tour of the county jail with some high school seniors, I was shocked to see one of my former students behind bars. Until 2010, we funded effective programs such as Dutchess County Youth Bureau Project Return, Big Brothers Big Sisters, and the Green Teen program. These were designed specifically to keep at-risk youth on the right track and deserve taxpayer support.


Finding cost-effective ways to solve the underlying issues behind the jail expansion presents a rare opportunity for people in Dutchess County, regardless of their political affiliation, to find common ground.  Let's work together to create a criminal justice system that's financially better for the taxpayers and safer for the community.


Paul Donnelly is a teacher in the , as well as an instructor for 's Urban Education Initiative.

-Sat, Jan 14th, 1:00 to 3:00 PM. Hudson Valley Hate Free Zone organizational launch at St. Luke's Church, 850 Wolcott Street, Beacon. In this period of uncertainty and attacks on many of our communities (immigrants, Black folks, Muslims, Jews, LGBTQ, women, Latinos, workers, youth, and many others), it is more critical than ever that our communities come together to resist. https://www.facebook.com/events/1842846969325431/ Contact: HVHateFreeZone@gmail.com

-Sunday, Jan 15, at 2 p.m. Pipeline Protest Fundraiser at the Unitarian Universalist Congregation of the Catskills, 320 Sawkill Rd., Kingston. Proceeds will go to the Dakota Access Pipeline Water Protectors and the Coalition Against Pilgrim Pipelines-NY. Contact: 845-663-3380.

-Mon, Jan 16 at noon, 22nd Annual MLK March for Social and Economic Justice at the Smith Metropolitan A.M.E. Zion Church at 124 Smith Street in Poughkeepsie, with march at 1 pm to the Dutchess County Office Building at 22 Market Street.