Land is Power. Land is Liberation. Land is The Commons.
On Juneteenth 2017 (Monday, June 19th) Black people across the country will take back land and reclaim space, from vacant lots to empty school buildings. We are taking back land that should be used for the good of the people; land that has historically been denied to Black people. Through these actions we will confront the institutions and individuals that have been built off the extracted wealth of Black people and Black land.

This is an open call, led by the Black Land & Liberation Initiative, to Black folks to launch actions in their own communities, or to join actions that are being planned.

Learn more about this initiative on the BLLI info call Wed, May 24th at 5pmPST/8pmEST.  For more info read the manifesto.
Register for the info call today.
Onward,Movement For Black Lives

June 10 at the Howland Cultural Center 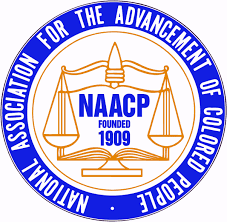 FACTS:
1. On April 21, 2015, Mr. Samuel Harrell a non-violent African American Inmate (bi-polar) was involved in a confrontation with New York State Correction Officers at Fishkill Prison.  A confrontation that led to Mr. Harrell being beaten to death by numerous correction officers.

2. Prior to the fatal beating by correction officers, Mr. Harrell was not charged or accused of any type of weapons related offense.

3. After the beat down, correction officers called for an ambulance, but according to medical records, the officers mentioned nothing about a physical encounter. Rather, the records showed, they told the ambulance crew that Mr. Harrell probably had an overdose of K2, synthetic marijuana.

4. An autopsy report by the Orange County medical examiner concluded that Mr. Harrell, 30, had cuts and bruises to the head and extremities and had no illicit drugs in his system, and died of cardiac arrhythmia, “following a physical altercation with corrections officers.”

5. The Orange County Medical Examiner ruled the death a homicide.

6. The New York State Correction Department has failed to take any type of appropriate disciplinary actions against the officers and supervisors who not only appeared to beat Mr. Samuel Harrell to death but lied in an attempt to conceal and or justify their actions.