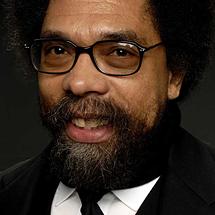 Marist College is very pleased to launch the 2015 Autumn Academic Lecture Series on September 30 at 7:00 p.m. with a lecture by one of this country's most provocative voices on the topic of race, Dr. Cornel West. Widely regarded as one of the most important intellectuals on race relations in the United States, West has been hailed by the New York Times for his "ferocious moral vision and astute intellect." Dr. West has authored more than 20 books, including the highly regarded and best-selling Race Matters and Democracy Matters. Known for his skillful oratory and as an outspoken advocate for racial justice, Dr. West is a frequent guest on television shows of Bill Maher, Steven Colbert, C-SPAN, and many others. He has appeared in more than 25 documentaries and made his feature film debut in The Matrix. Dr. West was a tenured professor at Harvard and is professor emeritus at Princeton University and professor of philosophy and Christian practice at Union Theological Seminary.

This past year has witnessed growing awareness in the nation of continued problems in urban America, the ongoing racial tensions that continue to exist, and the alarming and tragic number of shootings of unarmed black men. President Murray, in his memo to the campus community on September 10, 2015, charged the academic area of the college, including our faculty and academic leaders, "to engage our students directly in the national conversation on race and urban challenges." I believe there would be no more appropriate launch to this important discussion than Dr. West's lecture.